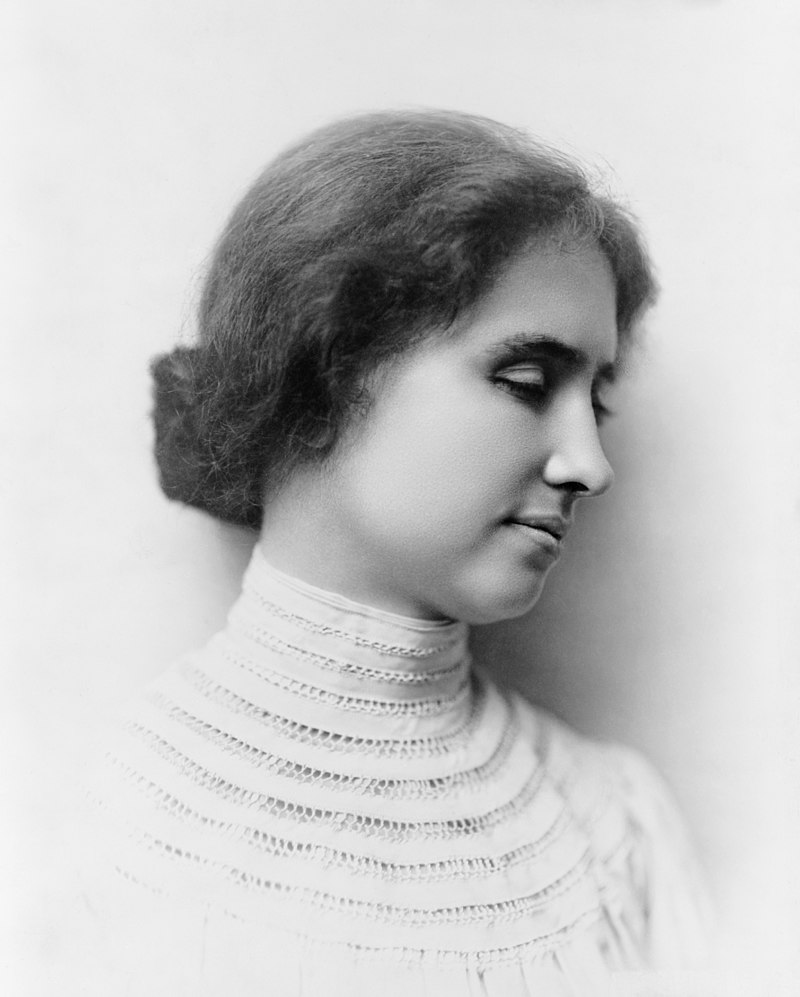 We continue excerpting from Dr. Helen Keller’s Introduction to the True Christian Religion.

Helen Keller on the Essence of Swedenborg

The theological teachings of Swedenborg are in many long volumes. The summation, the universal theology, is found in his magnum opus, The True Christian Religion, which is now being brought to thousands of reverent new readers. Yet his central doctrine is simple. It consists of three main ideas:

and God as Power for use.

These ideas come as waves from an ocean which floods every bay and harbor of life with new potency of will, of faith, and of effort. To our conception of God, the Word, and the Hereafter, which we have received on trust from ages of unproved faith, Swedenborg gives a new actuality, which is as startling, as thrilling as the angel-sung tidings of the Lord’s birth. He brings fresh testimony to support our hope that the veil shall be drawn from unseeing eyes, that the dull ear shall be quickened, and dumb lips gladdened with speech. There is among us a distressing indifference to all things of faith, and an impatience at any effort to explain the laws of life in spiritual terms. The only really blind are those who will not see the truth — those who shut their eyes to the spiritual vision. For them alone darkness is irrevocable. Those who explore the dark with love as a torch and trust as a guide find it good. Blind people who have eyes know that they live in a spiritual world inconceivably more wonderful than the material world that is veiled from them. The landscapes they behold never fade. The flowers they look upon are the immortal flowers which grow in God’s garden. Swedenborg’s message is like the rock smitten by Moses, yielding sweet streams of healing water, even an abundance of truths for those who hunger and thirst in their pilgrimage through an age of materialism and selfishness.

He [Jesus] went into the synagogue on the Sabbath day, and stood up to read. And He was handed the book of the prophet Isaiah. And when He had opened the book, He found the place where it was written:

The Spirit of the Lord is upon Me,

Because He has anointed Me

To preach the gospel to the poor;

He has sent Me to heal the brokenhearted,

To proclaim liberty to the captives

And recovery of sight to the blind,

To set at liberty those who are oppressed;

To proclaim the acceptable year of the Lord.

Then He closed the book, and gave it back to the attendant and sat down. And the eyes of all who were in the synagogue were fixed on Him. And He began to say to them, Today this Scripture is fulfilled in your hearing.

From the Heavenly Doctrine

By “the blind,” in the Word, are meant those who are without truths, either from a defect thereof in the church and so from ignorance, or from not understanding them.